Alternate Minister of Foreign Affairs of the Hellenic Republic 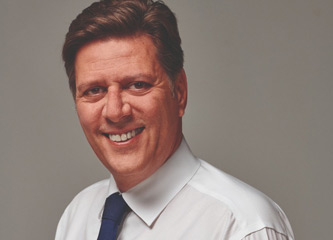 Alternate Minister of Foreign Affairs of the Hellenic Republic

Miltiadis Varvitsiotis was born in Athens in 1969. He is a Supreme Court lawyer. He is a graduate of Athens College and the University of Athens Law School. He also holds a postgraduate degree in International Relations from Harvard University. He speaks English, French and Italian.

His political activity began in O.N.NE.D., the Youth Organization of the New Democracy Party.

In the July 7th, 2019 election, he was elected MP for the Athens B-West Athens voting precinct, with the highest number of votes.

He served as Deputy Minister of Foreign Affairs for economic diplomacy and development assistance from January 2009 to October of that year, when the government changed.

He served as Minister for Shipping and the Aegean from June 2013 to January 2015.

From September 2007 to January 2009, and from July 2012 to June 2013, he served as Chairperson of the Parliamentary Standing Committee on Defense and Foreign Affairs, and he has sat on many other Parliamentary Committees.

He has been a regular member of the Parliamentary Assembly of the Council of Europe since 2004.

On October 9, 2018 he was elected Vice Chairperson of the European People’s Party Group at the Council of Europe.

On July 9, 2019 he was appointed Alternate Minister of Foreign Affairs for European affairs.