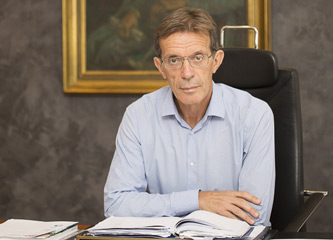 Mr. Anastasios Tzikas is an Electrical Engineer graduate from the Faculty of Engineering of the Aristotle University of Thessaloniki.

He is the President of:

and also the Vice President of the Federation of Industries of Greece.

He is member of the BoD of the Thessaloniki Tourism Organisation and the Macedonian Museum of Contemporary Art.

Mr. Anastasios Tzikas has also been exceptionally socially active by participating as a member in the Dialogue Committee appointed by the Greek Prime Minister for the Constitutional Revision.

Last but not least, he has been nominated as Honorary President of the «Federation of Hellenic Information Technology & Communications Enterprises – SEPE», in which he served as President for 8 years.