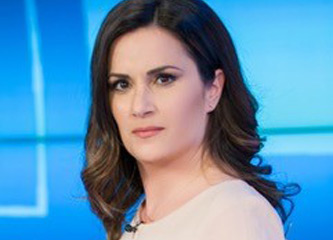 Alexia Tasouli  is a journalist,  accredited in

She has worked for 20 years in  MEGA CHANNEL interviewing political leaders an international personalities.

She has covered all the major political events in Athens, as well as the preparation of the Olympic Games  2004.

She is working with various Cyprus media as a political

She was also a political analyst in Real NEWS and in Ethnos newspaper.

She is a member of  the International Chamber of Commerce and in board of the Greek Institute of Cultural Diplomacy.

She has coordinated a number of international conferences  including , Delphi Economic Forum 2016, 2017 and 2018.

She studied  MA on Marketing  and MA on Energy Economics.