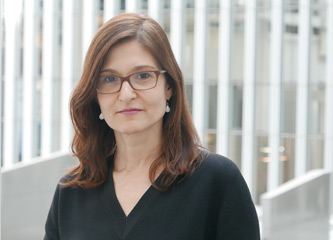 Madalina Papahagi is the Program Coordinator for the Subnational Doing Business Unit. She has led and co-authored Subnational Doing Business studies in Europe, Africa, Middle East and North Africa, South and East Asia. She is supporting the Program Manager in overseeing the Subnational Doing Business team and work program. Previously, she worked on investment climate advisory projects for Southern Europe at the World Bank office in Belgrade. She joined the World Bank in 2001, where she first worked on operational quality and portfolio management in Africa region. Before joining the World Bank, she worked for the American Red Cross in Washington DC and in the banking sector in Romania. Madalina holds an MBA from the American University in Washington DC, where she was a Fulbright scholar, and a BA from the Academy of Economic Studies in Bucharest. Madalina is a Romanian and Greek national.