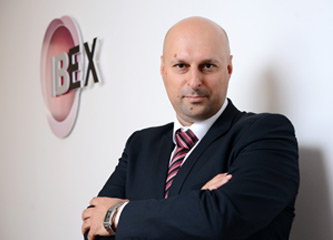 Konstantin Konstantinov is Master of Electrical Engineering from Technical University of Sofia and Мaster of Information systems from Sofia University “St. Kliment Ohridski “. He had previously graduated from the National High School of Finance and Economics in Sofia. His career in the energy sector began at Electricity Distribution Sofia EAD, when during the period 2003-2005 worked as specialist in Geographic Information Systems. From 2005 to 2013 is part of the electricity trading team of Enemona Utilities EAD where he is a member of the Management Board and a Deputy Executive Director. He continued his career as the Director of Electricity Trading at NEK EAD, where he was also a member of the Board of Directors of NECO S.A. Konstantinov is CEO of Independent Bulgarian energy exchange since its establishment in January 2014.