Ambassador of Canada to the Hellenic Republic 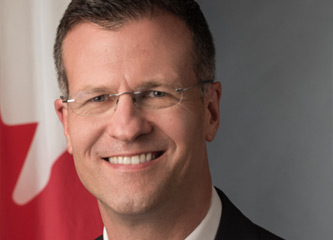 Ambassador of Canada to the Hellenic Republic

A career diplomat, Mark Allen was Executive Director of Human Rights and Indigenous Affairs at Global Affairs Canada (the Department of Foreign Affairs, Trade and Development), before being appointed Canada’s Ambassador to Greece and High Commissioner to Cyprus in September, 2018.  Prior to that, he was Canada’s Permanent Representative to the International Civil Aviation Organization and Director of International Relations at the Department of Transport.  He has served in Rwanda and the United Kingdom and has advised on Canada’s relations with the Middle East.  He began his public service career as an officer at the Canadian International Development Agency after completing a doctorate in international relations at Cambridge University.